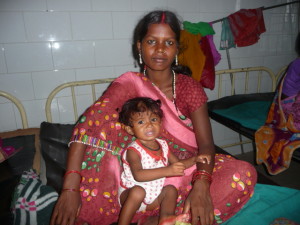 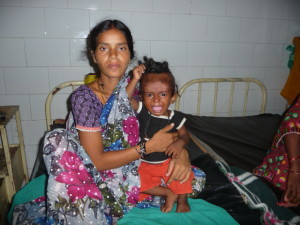 September 1-7 has been declared as the National Nutrition Week in India. Dedicating a week to direct the nation’s conscience towards nutrition stems from a few disturbing facts – India has one of the highest number of children suffering from malnutrition [1]. This means roughly 50% Indian kids less than 2-3 years of age suffer from hunger and lack of a nutritious diet. Our government has put in place a number of measures to combat this situati

on – introducing the midday meal scheme (in the mid ’90s), establishing the Integrated Child Development Scheme (in the mid ’70s) wherein the concept of Anganwadi (pre-schools for kids in the 1-5 years’ age group) took birth and other such initiatives which got associated with the more recent National Rural Health Mission’s key performance indicators.

With this as a backdrop, we at Seva Setu present a perspective of our fight against malnutrition in Bihar for the last 3 years. We began operating in this space in two districts – Vaishali and Patna and have covered close to 40 panchayats in all till date. There were two questions we asked ourselves at the beginning of this exercise – a. what can be done towards its treatment and rehabilitation? .b. what can be done to prevent this condition?We started out with the former since that was more immediate in changing the situation. During the course of our work, we have also taken steps to address the latter. We first begin with our observations on the infrastructure to treat this condition.

There have been several measures put in place by the government which help in treating malnutrition. We list here some of the popular programs and against each, list out positives and shortcomings of these efforts. This is not an exposition of our views – just a snippet which can sensitize and inform a layman to the kind of challenges that one faces on ground in the implementation of these programs.

In this post, we focus on the Nutrition Rehabilitation Centers (NRCs) which the government has setup. In subsequent posts, we shall showcase other such schemes by the government and chalk out some pros and cons.

Nutrition Rehabilitation Centers
These are excellent clinics to help children overcome malnutrition. It requires the affected kid and his/her mother to get admitted for 15-20 days, during which time they’re fed nutritious food. They’re also paid a daily stipend for staying over at the clinic in an attempt to compensate for their loss in daily earnings. The clinics also pay the family for the expenses incurred during the travel to and from the clinics.

This being a great program on paper, we see it constantly plagued by the following issues –

Location
One major concern regarding these centers is its location. There are close to 40 clinics spread across the whole of Bihar, wherein one clinic is allotted per district! (that’s one in a 50 square kilometer area!). For instance, the NRC in Patna district, which used to be located near Patna city (marked in blue) until recently, has now been moved to Mashauri (marked in orange), towards one end of the district. Someone wanting to travel to the NRC from the eastern edge of the district would have to travel more than a hundred kilometers! Adding to these woes, the NRC was closed for the last three months in Patna. With our efforts to highlight this issue through the media and the Lokshikayat center, we finally got it up and running! We had a separate post on this.

Capacity and utilization
Each of these clinics is supported with 20-beds. It takes 15 days on an average to pull a kid out of malnutrition and get him/her in shape. This means that the clinic can treat (365/15)x20 kids in total in an entire year. That’s close to 480 kids a year. In a previous post, we had analyzed RTIs we’d initiated and shown that only 10 beds on an average are usually utilized in these NRCs! In spite of there being just 30-odd NRCs in the whole of Bihar and close to 5 million malnourished kids, we still have NRCs operating at less than 50% of its full capacity!

This hints at a massive problem in the outreach mechanism which the NRCs have. Unable to connect supply with a pressing demand suggests a failure in its customer acquisition mechanism, a core problem which every enterprise invests heavily in. Enterprises generally have marketing teams or customer/client acquisition teams which crack this problem of getting people to use its products and services. The current mechanism of an Anganwadi Sahiyka (in-charge of an Anganwadi center) suggesting a family to visit the nearest NRC on spotting malnutrition in a kid is simply not enough.

Relapse
The NRCs provide no panacea to cure malnutrition. In fact, there isn’t any medicinal intervention which is provided to the kids at all. What is provided is simple, home-cooked meals which follow a certain diet and recipe plan. In essence, these interventions can easily be administered even at one’s home. In spite of this, one of the biggest threats to this program is the easy relapse of the condition. The kids recover and are cured fairly well during their stay at the clinics. But on being discharged, we find 30-40% of the families we work with suffer a relapse! Post-discharge monitoring is absoutely essential to the success of the interventions provided by these clinics. The government scheme also recognizes this aspect in that they financially compensate the families’ follow-up travel to the NRCs. However, the policies are too passive – there’s no active effort in ensuring those discharged are monitored.

Social concerns
A major concern we constantly face on the field, which trumps all the above mentioned concerns, is a strong social hesitance to be a part of this program. We are constantly faced with reasons, some genuine and most a form of hesitance and acceptance, which make getting families admitted to these programs a deal-breaker! We are audience to ‘strong’ reasons like “She is a mother of three kids. If the mother and one kid is away at the hospital, who will take care of the other two kids” or to some mellower ones like “Please come back tomorrow. We will need to discuss this” – which then never sees closure. The distance from one’s village, a lack of support for existing family members, the fact that this needs to be done alone and other such “soft” reasons usually collude to form a strong reluctance in getting admitted at these clinics. Also, since these are generally from families which do not have any reliable, robust source of income, the fact that the condition does not affect the major breadwinner of the home pulls down the severity of the situation in their eyes.

She is a mother of three kids. If the mother and one kid is away at the clinic, who will take care of the other two kids

In our subsequent post, we shall talk about recommendations and minor policy interventions which can help strengthen the functioning of the NRCs. We shall also talk about other programs like the popular program by Doctors without Borders (MSF) called the Community Management of Acute Malnutrition (CMAM) in Darbhanga district of Bihar. Stay tuned.

In this while, if you have thoughts based on what you’ve read here, feel free to comment, like, share our post on FB or drop a line to comments@sevasetu.org. We will be happy to engage!

Part-2 of this series

Click here to read the next part in this series. 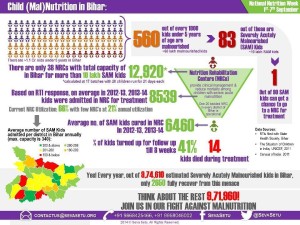 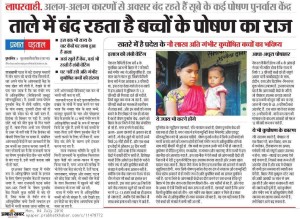 Our Aam Sabha on 20th September launched Citizen Care 2.0 and Kids Care 2.0. The session was a very engaging one, marked by the participation of most of the people present. 🙂

While we have introduced more govt. schemes under the second version of our programme, the key improvement that we have made in this version is on the front of follow-up and ‘closing the loop’. Some beneficiaries of our Citizen Care and Kids Care programme also joined and shared with the audience, their experience of associating with us.

We also took this opportunity to reward the best performers of a drawing/sketching competition that we had organized on 15th August at one of our Sewing Training Centres. 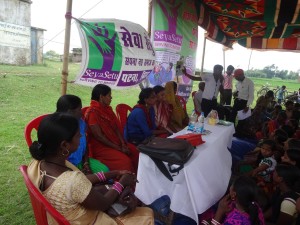 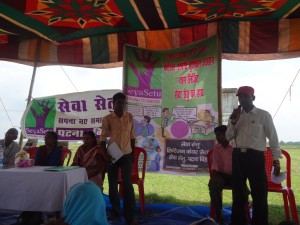 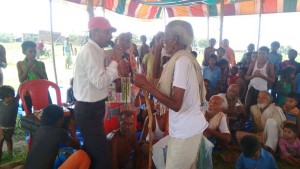 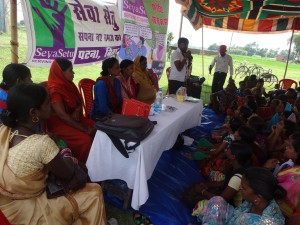 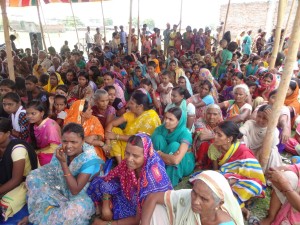 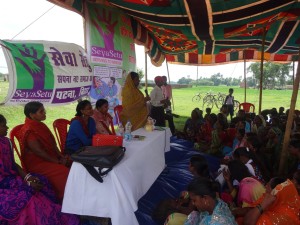 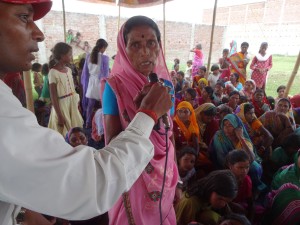