In our blog posts, we generally shed light on challenges we face, write about how we’ve overcome these challenges and speak about modest accomplishments in our field work. These posts, however, do not always paint the full picture. They often do not discuss a string of setbacks that we face when we roll out an action plan for an idea we come up with. They don’t always capture the trials and frustrations our team undergoes when a plan we put into action fails. Keeping this in mind, we address in this post one such recent plan which we did not successfully execute.

Since its inception, Seva Setu has addressed two core issues – facilitating citizens and empowering them. In an attempt at empowering the societies we work with, we have for long now established satellite training centers and production management units. We teach stitching and fundamentals of IT and have worked with communities to manage the production of both, blouses and sattu. In an attempt at scaling this effort, we decided to set up a training center this quarter as part of Pradhan Mantri’s Kaushal Vikas Yojana (PMKVY). Doing so would have helped us establish a financially viable option to increase our reach to villages at the outskirts of Patna city.

PMKVY’s framework mandates a training center to follow certain specifications to be eligible to run a training center. In return, the center is paid a sum of roughly 7000 INR by the central government for every student it trains. Anyone older than 18 years is eligible to get trained. This is a non-residential program, where a student spends roughly 8 hours a day at the center and is involved in both, theory and practical training.

Keen on starting such training centers ourselves, we set out on a month-long effort to ensure we set one up. We decided to train students as domestic data entry operators, a skill/job identified by the National Skill Development Council (NSDC), the government-backed organization running PMKVY. Setting up a center to teach this trade was not resource-heavy – at least so we thought. We needed to have one classroom and laboratory (roughly 10 square feet of floor area per student we train) with power-backup, equipped with one laptop for every student we planned to train, a projector and some stationary. 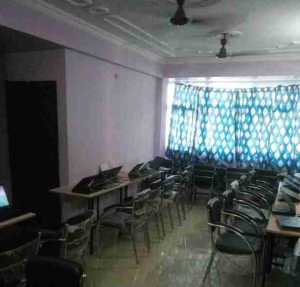 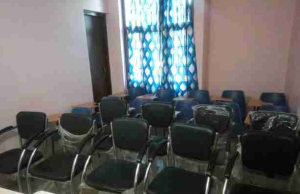 We were practical in our approach in setting up a training center and rented out a flat in a residential apartment complex as our place of operations. Having complied with the various requirements specified by PMKVY, we were eagerly looking forward to our on-site inspection. The inspection did not turn out in our favor. The inspector very quickly ruled out the possibility of using a flat as a training center. This is in spite of having the necessary floor space to accommodate 20 students, the batch-size that we were aiming for. The technical reason provided was that the training center led to other areas like small rooms, while it was required to be an enclosed space. We read through the guidelines [link] quite carefully and did not find this anywhere being mentioned. We were also told that the minimum floor space required for the classroom was 300 sq ft. This asserted fact was also nowhere to be found. Following the inspection, we received the inspector’s report which informed us that we had not been granted permission to run this training center as part of PMKVY. The primary reason was that our classroom did not seem to be a typical classroom. Read the full report here. 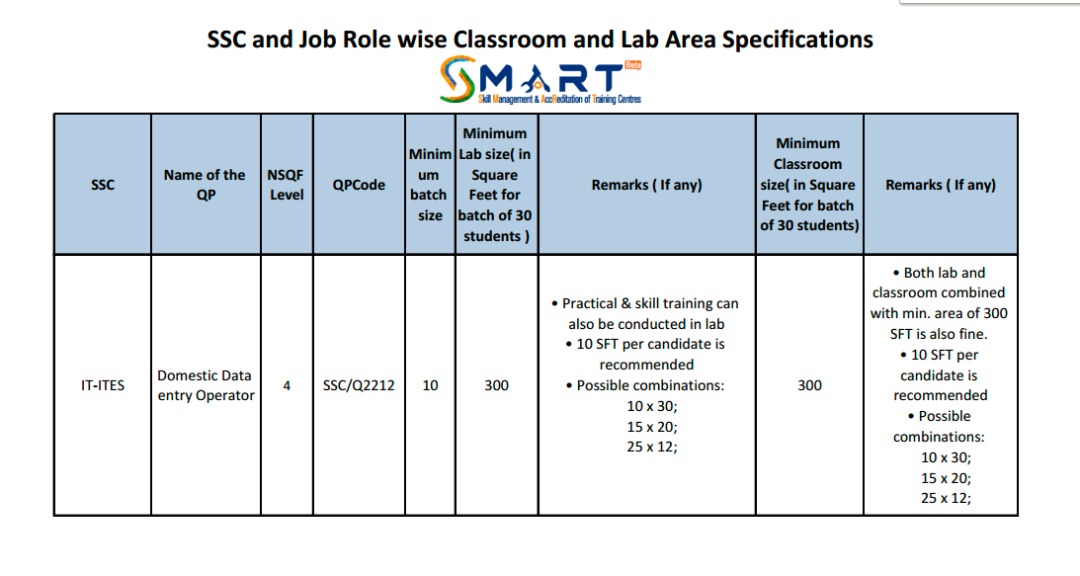 Guidelines – A tad too impractical?
At the risk of sounding like the proverbial fox which found the grapes sour, we question the framework laid out by PMKVY to skill our citizens. One wonders why the means are so heavily regulated when it ought to be the ends that matter. If the outcomes of the training are heavily monitored and regulated, would it matter if we taught students under a tree as against an air conditioned classroom? The need of the hour is quality teaching, which even the best PMKVY centers fail to provide. After having spoken to various training centers in and around Patna, Bihar, we gathered that centers which have been around for a while are on the look out for faculty to teach these modules. With Seva Setu’s technical expertise and collective experience in academia, technology, and assessments, we strongly believe we would have given the best in this business a run for their money. We believed that bootstrapping these centers in a small apartment and then moving upwards based on its success would’ve been the right, sustainable way to establish such a center of excellence. But NSDC wouldn’t have any of our practical ways forward in approaching this problem.

A few other requirements which were mandated didn’t make sense either. The guidelines state that miscellaneous stationary items like glue sticks, staplers etc. be provisioned for every student. We don’t understand why this is a necessity. A projector screen, a flip-chart and a microphone-system are also mandatory to have in the classroom. Why? For a group of 20 students, are these really must-have requirements? When was the last time we sat in a classroom with a flip-chart?

Nevertheless, this setback hasn’t doused our spirit to go ahead with this idea. We’re thinking through other alternates which can be a compelling and sustainable model to train our youth on skills that are demanded in the industry today – like being fluent in productivity tools like MS Excel, and other various aspects of working in a professional workplace. We march on!